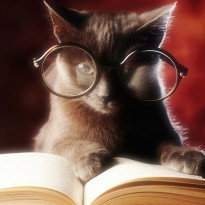 “They can keep their heaven. When I die, I'd sooner go to middle Earth.” ― George R. R. Martin 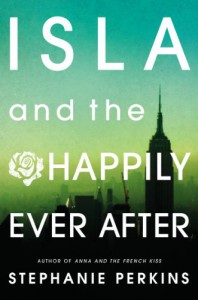 You can also find this review at The Opinionated Catruler.
I have a smile plastered on my face, and the fucker won't go away. Maybe it's the fact that one of my favorite authors didn't disappoint me. Maybe it's that I loved all the characters, even when I hated them. Maybe it's just Taylor Swift's new catchy single on repeat. Maybe it's that I'm done with my History homework. Maybe it's the euphoria of reading the great ending of an amazing book. Maybe I have chosen to momentarily forget this was the end of one of my all times favorite series. Or perhaps I'm really crazy and everyone was right this whole time. It doesn't matter because, for the time being, the smile is there and not even Stalin and his cray-cray ideas can ruin it.
This is one of those books that's hard to talk about because I have a personal connection, and therefore I'm biased. I'm one of those who usually feels identified with almost every character, especially the main one, one way or another. I suspect it's my earning to feel accepted, understood, not alone. And I have come to terms with it, especially since I don't see anything wrong with it. People aren't one-dimensional and, when well-written, characters aren't either. It's okay to feel close to a side of a character, even if you're completely opposite in every other matter. Personally, I think that's my fatal flaw: my insecurity. Even if it's hard for me to accept it, I rely completely in others and their opinions. I fear failure not because it will make me unhappy, but because others will see my failure and be repelled, leaving me alone and making me unhappy. So, seeing even a tiny bit of me in a character that is important enough to be put on paper gives me relief, somehow. I don't expect you to understand it, just to accept as it has affected my opinion on this series completely. Why? Because Stephanie Perkins is just too good at nailing it.
I see myself in Anna's teenagedom—because there's just no better way to describe it. In St. Clair's inability to chance being alone. Lola's need for an identity. Cricket's cool weirdness. Josh's need for love and recognition. Isla's cowardice, and courage. Kurt's hurt. Hattie's rebellion. Meredith's otherness. Rashimi's fire. Calliope's refusal to get second place. And so much more. Perhaps the one character I have never been able to identify with is Max (from Lola and the Boy Next Door), and that made him so much bigger for me. His cruelty was beyond my understanding, and the relief in that was probably alarming.
The point I'm trying to make is that Perkins' art has affected me in more ways than one, having come to me at exactly the right time. Because, even if some of you don't know and I try to ignore it, I am a teenager in my late secondary school years. I have stupid crushes, get subconscious over how my hair looks when I go to school, think I'm eternal, fight almost everyday with my mom over the smallest things and my biggest problem is choosing a career and which college I should go to, which is a life-or-death, black-and-white matter. I secretly hope adulthood is going to make everything easier and better, when I know it's the opposite. Sometimes I wonder if grown-ups are just like me, just better at pretending to have their shit together.
And all these questions and insecurities, along with the normal fuck-ups and often cringe-worthy moments? Stephanie Perkins' characters have them. For some this series may be about a feel-good read, for others it may be impossible to stand or just boring. And that's okay, I get it. This is a randomly exhilarating, often impossible to stand, and sometimes boring phase of life. However, it is a thing that exists and we all go through it, regardless of most people's wish to just get it over with. And then wistfulness to get it back, I hear (which I think is weird, because it totally sucks).
So, yes, I am marveled with the hormones, dumb decisions, first loves, and seemingly eternal friendships of this era that makes no sense, and at the same time has so much power. I love it because I hate it and I just can't get enough of it. And, honestly, I'd rather do it in a possibly unrealistic setting with an ensured happily-ever-after, because isn't that everyone's dream?

Alright, not THAT marveled.

I guess I could actually talk about this book specifically, but I'm sure there are lots of reviews about the mushy romance, funny banter and I-will-never-see-them-the-same-way rabbits. For now, my feels and thoughts on this as one the best YA books I've read that actually makes me feel the YA essence is all you're getting.

Also, if you have read the book, THAT ONE SCENE AT POINT ZERO OHMYGOD I'M STILL HYPERVENTILATING AND CRYING AND DEAD. It was so unexpected and definitely my favorite scene of the book.
2014 reads young-adult romance 2014 favorites contemporary